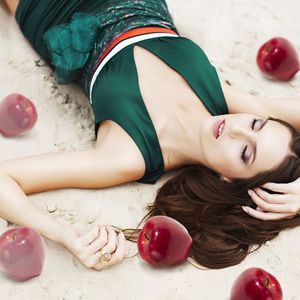 Infidelity is equally opportunistic for both genders

The statement that men are biologically “hardwired” to be unfaithful and women are not, simply because of a stronger moral code, is perhaps outdated for modern society. Globally, women are breaking ‘glass ceilings’ and are increasingly occupying more powerful positions. Whether it’s in business, technology, politics, or entertainment this new breed of ‘power girls’ are a force to be reckoned with.

Are infidelity and power related?

Power, whether actual or self-perceived, has been found to be strongly correlated with infidelity and with the belief that one is able to get away with cheating if one wanted to. Historically, a larger number of powerful men have been caught with their pants down in comparison to women. Therefore, the natural conclusion would be that powerful women are simply more virtuous than their male counterparts, right? Wrong – they’re more cautious, and perhaps even scared.

Women are said to have lower sex drives than men, yet they are universally punished if they display evidence to the contrary--if they disobey their 'natural' inclination towards a stifled libido...all the laws, customs, punishments, strictures, mystiques and anti-mystiques are aimed with full hominid fury at that tepid, sleepy, hypoactive creature, the female libido.

Powerful women, especially those in the public eye, know they’ll be subjected to a much harsher and stringent scrutiny for their indiscretions. The Internet age has made privacy obsolete, which has forced women to appear like angels... even if they’re not.

We promise to love and be faithful to each other on the day of our marriage, and yet 70% of us will be unfaithful…

Here is a guide to finding your bearings on our website, and advice to win over who you are interested in…