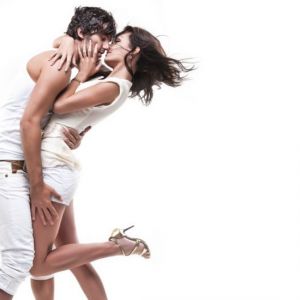 United Kingdom: a football player’s infidelity revealed by the media!

When privacy and the media do not make good bedfellows

May 24th last, Manchester United’s Ryan Giggs got to see his face on every British front page. Why? The Welsh winger is said to be unfaithful.

Married to Stacey Cooke since 2007 and father of two children, Ryan Giggs had his name revealed by the press in spite of a judicial decision supposed to protect his identity. But his name seems to have been “leaked” on Twitter before making the front page of the Scottish tabloid the Sunday Herald.

Privacy and the media: a legislation in dire need of review.

Just as debates rage on the subject of the protection of one’s identity and private life, Liberal-Democrat Member of Parliament John Hemming has irrevocably shattered the media silence by making the footballer’s name public. During a televised interview, he declared: “With 75,000 people that gave Ryan Giggs’s name on Twitter, it is obviously impossible to put them in jail” and stressed the urgency of legal reform on the matter. Since then the footballer’s attorneys have secured an injunction for Twitter to reveal the identities of its users who made mention of the affair.

But the scandal doesn’t end there. A few days after public mention was made, other sensational revelations reared their heads. It was notably learned that one of the footballer’s lovers is said to be none other than Natasha Giggs, his brother’s wife. It appears to be the case that for eight years Ryan has had an adulterous liaison with his sister-in-law. His brother was devastated by the news: “I know Ryan and I have had our highs and lows, but this is a low as it gets…I had my suspicions, but I never imagined it would be on that scale.” Said Natasha is reported to be addicted to sex. In addition to this eight-year-long affair with her husband’s brother, the rich and famous woman seems to have had no qualms about sharing the beds of four other Manchester United players, The Sun reveals.

Bad publicity for the English football star, generally used to being on the front page for his sports performance.

Is there a link between power and infidelity?

The ongoing Dominique Strauss-Kahn affair raises the question of a possible link between power and infidelity.

Kim Kardashian: infidelity or not?