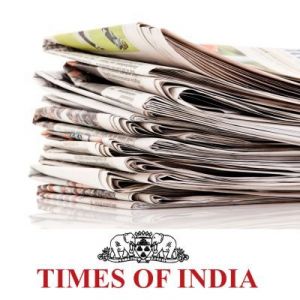 Times of India: How infidelity thrives in the age of internet


The Supreme Court this week ruled that adultery was no longer a crime but a civil offence that could be grounds for divorce settling a long-standing debate. But the law around cheating has hardly acted as a dampener for extramarital dating apps that have been on an upswing for the last two years.

Says Solene Paillet, Head of Communication Management of Gleeden, “When Gleeden came to India, it was with the idea of raising a debate around the taboo of infidelity and open relationships within a society where people are still struggling in social pressure and traditions”. Reacting to the SC verdict she says: “We are pleased to hear that the Indian society is taking a new step forward modernity and is finally opening its mind towards a more complex vision of love and relationships, which infidelity is only one of the numerous shades. With adultery decriminalized, India is probably going to face a “sentimental revolution” that will force the country to rethink marriage and relationships as they are”.

Gleeden says that the 70% of its member are male while the rest are women. Paillet says. “What people are looking for on Gleeden is not just a sexual distraction, on the contrary. They are looking for people to connect with, intellectually, who are in the same state of mind and capable of giving them what they cannot find in their marriage. Even if it’s just at the virtual level.”

Read the full article on Times of India

Gleeden is always in the spotlight! Today it's Hindustan Times that is interested in your story. In the context of an upcoming article, Gleeden is looking for people ready to share their story of infidelity. If you recognize yourself in the profile below, don't hesitate, share your story now!

Gleeden is casting all the Indian men to find the one who will be Gleeden’s Ideal Lover. Apply today and become the most wanted man on Gleeden!