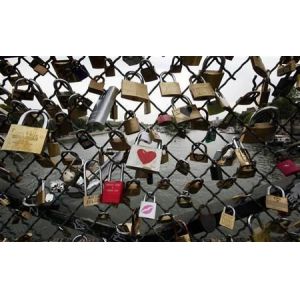 Paris is the favorite spot for flings among globe-trotting business executives in Europe, according to a survey released in August, 2011.

The French capital was named by 52 percent of respondents as the city of choice for a sexual encounter when on business trips without their spouse or regular partner.

Next in the list was Milan, followed by Barcelona, Brussels, London, Geneva and Berlin.

The need to keep infidelities secret came lower than other motives for off-base hook-ups, behind loneliness and the fact that being away from home gave an added sense of freedom, according to extramarital dating agency Gleeden.com which conducted the survey.

The survey was carried out online among 950 people of between 30 and 55 years of age living in fixed relationships and declaring to earn more than 50,000 euros a year.

The city ranking was based on spontaneous responses and not a pre-defined list of city names. The survey sample was limited to Europe, Gleeden communications officer Hélène Antier added.

It is a question that has crossed every mind and which various answers are full of surprises...

It’s no secret that online dating is rapidly becoming one of the most popular ways singles are meeting to start a relationship and find a mate. But like all good markets that find success, the online dating world has evolved, and its offerings have expanded.