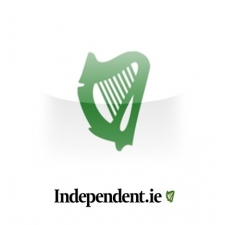 Irish Indipendent: My husband doesn't know about my internet lover

A dating website for married people has taken off in Ireland and abroad,

After a fraught day in the office, Celine (32) can't wait for a little sexual healing at home. She kicks off her heels, unwinds in the shower, slips into something a little more comfortable, pours a glass of wine and, finally, beckons her husband to bed.

Then she fobs him off with an excuse about having more work to do and slinks downstairs.

A few taps of the keyboard later, while her husband nods off alone in their connubial bed, she's in the arms of her online lover -- fantasising about things she'd never dream of doing with the man she married.

But the steamy clinch doesn't simply end when she powers off her laptop and snuggles into her husband an hour later.

From chatroom to covert encounters, lust-consumed Celine has made the leap from the moral grey area of cyber cheating to actual adultery.

And she's not alone.

The married professional is just one of 325,000 bored husbands and wives worldwide who've signed up to Gleeden. com, a fledgling dating site for those seeking extramarital fun.

Giving new meaning to the tangled web we weave, the French site aims to weed out the love rats that frequently infest the singles scene and lump them together in cyberspace to unleash their libidos.

With better spin, of course; "Gleeden unites love and lust, marriage and freedom," or so goes the tagline which has so far seduced 1,000 Irish would-be philanderers since its launch here last month.

To read the rest of the article follow this link

Election News: Who do the cheaters prefer?

With the next Australian federal election less than a month away, we here at Gleeden.com decided to ask our slippery Aussie spouses which politicians they would prefer; not for parliament house, but for their own bedrooms!*

The Gleeden competition: Your most amazing liaison

Dreaming of a weekend away? Tell us about the best meeting you’ve had through Gleeden for the chance to win a weekend away for two people.