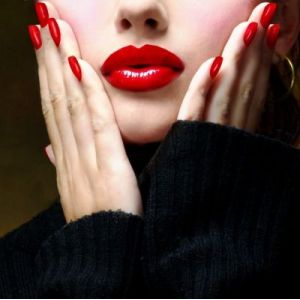 The wild personality that stole our hearts for the better part of a century; Elizabeth Taylor epitomized elegance, class and luxury with style, sophistication and a temper. Elizabeth’s smoldering love affair with Richard Burton caught world attention and admiration via passionate flings, love affairs and two divorces. This woman was self-proclaimed as “ruled by her passions” – Now we want to learn from her insatiable nature.

I remember first seeing Elizabeth Taylor, commanding the famously extravagant screen of Cleopatra. I was 11 years old, sitting rather un-daintily on the floor, my even then too-long legs stretched out and sneaking sherbet lemon between intermissions. I was a bit of a romp, but unremarkably, just like everyone else, I found her completely captivating. Her undulating voice, her impressive glares: what could I do to become such a fearsomely elegant woman as her?

A girl could spend years (and many have) flipping through magazines, staring at photos, and watching films to try to understand Elizabeth Taylor’s timeless mystique. Her attitude, flare, immeasurable style and most obsessively, tumultuous romances have been the center of attraction for members of both sex.

Few romantic couples can claim a place in history. Elizabeth Taylor stole global attention easily – solo. Only one man did not pale next to her fire: Richard Burton. She met him on the set of Cleopatra, where the world witnessed the first on-screen kiss, which famously lasted so long that the director asked permission to end the take.

Liz Taylor and Richard Burton married twice and divorced twice. Both were married when they met, and their affair caught worldwide awe and surprise. Admired by the press, admonished by the pope, neither fame nor religion could get in the way to their unbridled love. Their firey love was balanced by bitter fights and forever making up.

Richard described their passions in his private diaries, recently discovered and revealing his awe and endless affection and affectation by Elizabeth. “You can’t keep clapping a couple of sticks of dynamite together without expecting them to blow up,” said Richard.

Elizabeth described herself in so many words. Her appreciation for life was never marred by her extravagant lifestyle. “Big girls need big diamonds,” she often said. But at the same time, she explained, “I adore wearing gems, but not because they are mine. You can’t possess radiance, you can only admire it.”

Perhaps this is what her men learned about her: admiring her radiance was all her lovers could hope for. Her passionate lifestyle and conscious need to grasp as much as she could of life and love, made her a scandalous figure that nevertheless, we all cannot help but admire. In trying to be more like Elizabeth (she disliked Liz), I have found one important ideal above all. “When people say, ‘She’s got everything,’ I’ve got one answer – I haven’t had tomorrow.”

Between a muscular man and a puny man, a woman will fix her sights on the second. In fact, a study recently published by a team of researchers from the University of Tennessee in Knoxville demonstrates that women are more likely to start a family with a man described as being fragile and timid (associated with a man «capable of nourishing and caring for his family») in contrast to a muscular and ostentatious man (assimilated to he who has a somber look and does not smile).

Gleeden puts the color back into adultery…