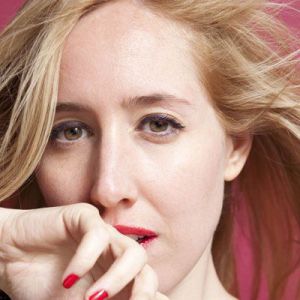 10 good reasons to be unfaithful

Maia Mazaurette, writer, journalist and blogger, gives us the exclusive ten arguments in favor of adultery ... If you still hesitate!

The collective conscience is a strong force for finding reasons to be faithful. Maturity, sense of duty, the prevalence of long term relationships over short term…then there’s the fear; diseases, the power of passion, the destruction of society’s values. Nevertheless, when we choose to stray down the path that runs adjacent to the straight and narrow, it’s not necessarily an indication of anarchy or weakness. There are many good reasons to do it. And they are no less valid just because they make you happier.

1) The thrill of new romance
… without always having to break up a functioning (or not) relationship. Contrary to popular belief, it is not always necessary for you to be unhappy or on the edge of divorce to look elsewhere; we can find ourselves as part of a very happy couple, with no intention leaving, and still be unfaithful. Have one’s cake and eat it too? Well, why not? It’s no secret to anyone that after a while relationships become a little stale. There are some positives of course, such as the comfort and reassurance that comes from routine, but there are also the negative aspects which come with time. The hormones subside, the passion falters, the heart doesn’t flutter like it used to. We can all denounce the great horror that is an affair, or decide to take a dose of the euphoria once in a while… it’s an intense thing, and a little goes a long way.

2) Living out your wildest fantasies
So we’ve all agreed that your relationship is great, and you can speak freely with your partner, even share your fantasies? Yes? Great, but unfortunately communication isn’t everything. If your wife hates giving oral sex, you can’t force her to, or if your husband doesn’t share your dream to explore your penchant for exhibitionism, well that’s just too bad, but this shouldn’t force you to shelve your desires. Sometimes we are compatible with our partners in almost every way. Almost. So, should we end a satisfying relationship over one small detail? It would be a real shame. If not, do we just have to bury those desires deep down and try to forget about them? That would be a real shame too. And then, we don’t all really want to satisfy our deepest desires with the one person who is closest to us. If your fantasies are a little sinful, or outright scandalous, it seems normal enough that you would want to leave the father of your children, or the grandmother of your grandchildren, out of the loop. Waking up every morning next to someone who knows you love hearing insulting language during sex, well, it makes the real arguments a little strained, doesn’t it?

3) Testing your powers of seduction.
Many people will tell you that you have to try picking up one last time after you have settled down. Agreed, But you must know that this person with whom you have shared a bed for the past 3 or 30 years must still like you, at least a little bit, otherwise they probably wouldn’t still be sharing the blanket with you. So don't act like your relationship is in danger when’s it’s obviously been safe for a long time. Seduction is vulnerability. If your relationship makes you feel vulnerable, it’s time for a change, but if you have nothing to worry about, well…it’s human to want to test your potential pulling power from time to time. Preferably on someone who isn’t your partner! At 30, 50 or 70 years old, are you ready to jump back into the dating scene?

4) Giving in to temptation
We’ve wanted to avoid using this over-commercialized quote, but unfortunately no one has ever said it better than Mr. Oscar Wilde; “The only way to get rid of a temptation is to yield to it…” If you meet someone that you really like (be it a purely sexual or intellectual attraction) how can you just let it pass by? Those who pretend that a little self control is all it takes to forget an amazing connection has obviously never experienced the ‘sparks’ that can fly between two people. Sometimes, when the chemistry is mounting it can be like love at first sight. Do we really have to ignore these feelings that are the fire of our romantic fantasies? We could, just as much as we could shoot ourselves in the foot.

5) Allowing yourself a guilty pleasure
Ok, ok, so we know it’s not nice to fool around, (although, as long as your partner doesn’t find out, it is a victimless crime) but neither is it good to drink wine, or indulge in a chocolate éclair. Not to mention the disapproval that surrounds smoking. Well, between a calorie bomb and a little infidelity, really, what guilty pleasure will do you less harm? Isn’t the naughtiness of it part of the fun? It’s the same as buying a trashy romance novel, or bad mouthing your boss. Bad Karma, certainly, but we can’t all be Gandhi – for the rest of us human lambda, being bad is sometimes the best.

6) Cultivating your own little paradise
We’ve signed up for Easter, loans, lunches with the in-laws, as well as adopted a stupid cat who hates when we pet it. We have accepted that we are going to find the odd sock around the house, we have vowed for better or for worse….. But we never claimed that we wouldn’t need a holiday. It’s not like every day with your partner is hell, but it can be far from perfect, after all, there are limits to a couple. Nowadays, everyone agrees that we all need a little breathing space. Infidelity is exactly that, a breath of fresh air to lighten our daily routine. It’s not actually betrayal, but something else completely, which has no effect on the couple. It concerns only one other person, at one point in time.

7) Enjoy a break from routine.
It may have perhaps started this way; being unfaithful is an exciting, pleasurable and dramatic experience. It’s made even more thrilling by the sense of rebellion against society, which pushes for couples to make fidelity their top priority. Not only is cheating taboo, it’s forbidden. Are there many actions remaining in society these days which are forbidden but not illegal? No, not really, huh? Transgression is the aphrodisiac of the world. We can all eat ginger, wear sexy lingerie, invent erotic scenarios, but let’s be honest for two minutes; none of it will ever boost your libido like infidelity will. New desire + Forbidden passion = an unstoppable combination.

8) Give a boost to your relationship
The acts of infidelity which are often spoken about (in the media, in the news, in art) are those that end badly, so it’s not surprising that we preach that infidelity is the death of the couple. Except, just like the submerged part of an iceberg, we aren’t seeing the majority of the picture – the extramarital lovers who have experienced sweet success…those who are in couples and who have effectively managed to let off some steam. By reducing our sexual or emotional frustration, we are able to stop taking it out on our partner. We regain confidence in ourselves, we feel better, and we are more loving. We are able to let go of the little things, and pay more attention to ourselves. A lover is like a yoga course, with the added benefit of orgasms.

9) Putting ourselves first.
Self sacrifice is something we all know about. Even without having strong beliefs, our Judaist-Christian culture has conditioned into believing self sacrifice is perfectly normal behavior. Even to the point denying oneself of love. The message that society sends us is this: the more you are frustrated, the less your spouse is. Except the life is not necessarily a tragedy, and at some point, this logic becomes absurd. We cannot eternally deny our needs or play the star crossed lovers. If sacrificing our relationship would push us into depression, is it worth the trouble? What if being faithful to each other is preventing you from being faithful to yourself? It’s a question that has to be asked, because honesty is another thing you own yourself. Of course some people enjoy the frustration, and like to make themselves the martyr in the couple. But for those who aren’t after the ego trip, if that reason isn’t good enough, then indulge a little!

10) Enjoy Life
Because we only have one. Seniors repeat that it is better to have remorse than regrets - it is better to be sorry for what we did, for what did not. Nobody would pretend that it is better to be unfaithful anytime no matter how (or even absolutely necessary being unfaithful), but we'd like to repeat that against all odds passion love is something too precious to be wasted. It is not a rhetorical question. You have only one life : now, how to make it happier? If you are on this site, you probably already know one of the (many) answers ...

Gleeden puts the color back into adultery…

It's not easy to seduce someone on the internet, so here are some secrets to help...