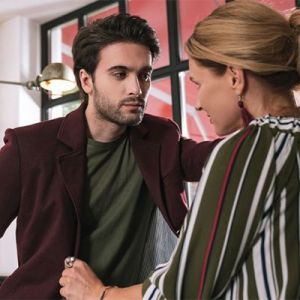 Today age difference in relationships can be an asset, especially when you’re the mature one!

Stacy’s Mom’s got it going on!
The current trend for older women tends to be that they go out with a younger man. And there’s no shortage of men willing to be a part of that! According to a survey of the site cougars-avenue.com, 82% of the female subscribers on the site are "ready to do things that they never dared to do with their husband". And why not experience new things with a younger man?

The term cougar has a more pejorative connotation. It refers to a seductress over 40 years old looking for significantly younger men, which are often called toy boys.

A mature woman, however, shows above all that there is no maximum age to enjoy, have fun, and make love to each other! This goes some way to explaining why a study by INSEE shows an increase in the number of couples where the woman is significantly older. This is the case for 16% of couples married in the 2000s. In the 1960s, these couples accounted for only 10%.

Mature women: unlimited power of seduction
Because they release a confidence that makes them sexy, many men confess to preferring a more mature women. Their years lived are analogous to their sexual experience and expertise, in the eyes of some.
And when they combine career success, brilliant spirit, and fulfilled sexuality, they are more desirable than ever.

Are you having a hard time to find someone you like? Are you too picky or maybe haven't taken advantage of your network yet? Michelle G makes sure you know what to do, in one minute.

Who should pay on a first date?

You guys finally decided to out on a date? Fantastic! You're at a restaurant or at a bar and the bill comes... Who should pick it up? Michelle G helps you figure out the best thing to do, in one minute.