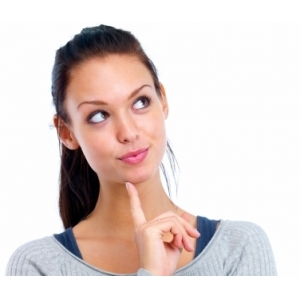 Unfaithfulness around the world…

What if we needed to be unfaithful to be happy? Take a look at these practices in four corners of the world.

In France, some simply stop seeing their shrink when they meet a lover or mistress. Even the French president’s wife seems liberated; she declared in 2007 to the newspaper Figaro Madame “I’m faithful… to myself! Monogamy bores me so much, even if my desire and time can be linked with someone and I like the marvelous feeling of developing an intimate relationship. I’m monogamous from time to time but I prefer polygamy and polyandry”.

On the other side of the Atlantic, Americans are more hesitant in accepting « publicly » unfaithfulness but are not less unfaithful. The quest for happiness or crazy love is something continuous that Americans dwell on to justify their affairs and to ease their conscience. For example, during the Clinton/Lewinsky affair, the only thing that didn’t quite fit, and which left Americans confused, was that Clinton’s wife, Hillary, stayed with him.
We find the same concerns in the film When Harry Met Sally (1989), when the hero confides to his best friend Jess that his wife just left him for another man : Jess : Marriages don’t break up on account of infidelity. It’s just a symptom that something else is wrong.
Harry : Oh yeah? Well that “symptom” is ******* my wife.

In a completely different way, in Asia, it is not unusual for the Chinese to praise their wife to their mistress, to show that they respect womankind and that they have set boundaries for their affair. The Japanese never feel guilty for being unfaithful as long as they fulfill scrupulously their family duties. Men, usually quote the saying “paying is not cheating”.

It seems that Finland have an extra marital activity that is quite unbridled. The Finnish don’t have any complications: they consider sexuality as a positive experience. The Finnish travel a lot, which gives them the opportunity to engage in affairs. Contrary to Americans, the Finnish do not believe that sexuality wears off unavoidably by the end of a long relationship. If they have the opportunity and they believe that no one will ever find out, they give in to temptation very easily. This is because the experience is considered as positive and enriching.

For those who are Latin Lovers South Americans, hold their reputation well, 63% of Latinos have been unfaithful at least once in their life, according to a study GDA.

Every society has its way of defining its reasons and limits for being unfaithful. The stereotypes on the differences between men and women are not always without a basis. It is rare for women to admit that they have had lovers simply because they hadn’t had sex in a while. Almost all women give emotional reasons: they need someone to listen to them or make them feel beautiful. Married men also find romantic justifications. However some of them admit that in having a mistress they are looking above all to boost their ego or satisfy their urges. The survey Ipsos* carried out at the end of 2010 by the extra marital dating site Gleeden.com revealed that unfaithfulness is seen as personal development for almost one in two Europeans.

Sources : *Pamela Druckerman, Lust in translation. *Survey IPSOS-Gleeden.com: 1501 Europeans married or in a relationship of which 500 make up a representative sample of the French population who are married or in a relationship and are 18 years old or more (questioning criteria: sex, age, profession of the head of the family, region and area in which they live), have been interrogated online from the 19th to the 25th of October 2010.