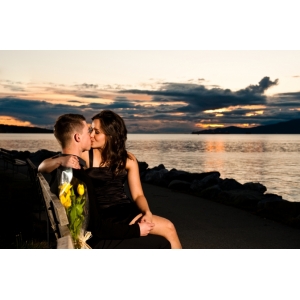 An American study points to a greater likelihood of women being unfaithful in their thirties.

According to American researchers at Bradley University, women are more tempted by extramarital relationships once they have entered their thirties.
Why is that? Their biological clock is ticking…

The study was carried out among women from 48 different countries. It indicated that men are more likely to be unfaithful in their twenties. Women, however, seem to start showing more interest in an extramarital encounter in their thirties, which corresponds to the age at which a woman’s fertility begins to decrease. Bearing in mind that it is also in their thirties, the researchers pointed out, that women experience an exacerbated sexuality.

This study also highlights the cultural differences with regard to infidelity in different societies. Thus, things will change according to variations in the number of men between societies.
In Asia, for example, where men are in greater numbers , infidelity rates are very low.
In urban areas where women are more numerous, however, extramarital relationships abound, with a greater number of short-term relationships and divorces showing. This is accounted for by the fact that men, being in smaller numbers, can allow themselves to partake in a few affairs. They are generally most interested in sexual relations, without necessarily looking for commitment…

He or she is called a “lover” because he or she often does it for love: will someone finally admit it ?!

INFIDELITY IN THE GLANCE OF ASTROLOGY…