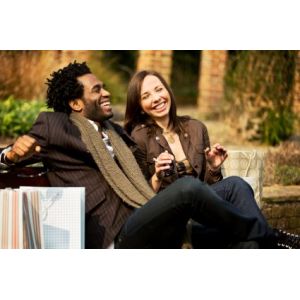 INFIDELITY IN THE GLANCE OF ASTROLOGY…

Infidelity and astrology mingle in the mists of time

The first disovered sketchs of Zodiac are dating from 4,000 thousands years before J-C. They belong to the Sumerians people who lived in the low valleys of Mesopotamia. In these ancient times, calendar had not been invented yet. One would spot a date according to the Zodiac’s division in constellations. However a legend attributes the astrology ‘s revelation to mankind to the Marin god Oanès, because the sailors of the Mediterranean seas used stars and constellations to find their way at night. From Earth, stars seem dotted on a spherical surface and these first observers learnt to group together them in constellations to recognize them better. For the record, names borrowed from the Mythology were given to them.

As for the infidelity, it may be necessary to refer to the myths, and particularly to the one of the creation. Let’s meet in front of the Notre-Dame de Paris monument. Observe carefully the entry portal. You will recognize in it the Tree of Knowledge, with Eve who tightens an apple to Adam. But which is this beautiful feminine face framing in the fork of the tree? 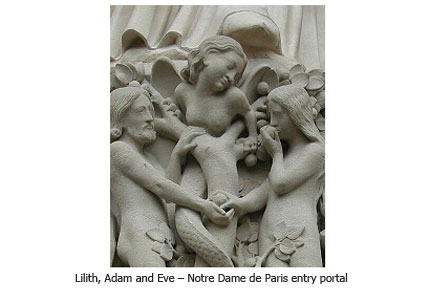 The Bible is a total dead end on this question, although this snake’s story has something very strange about it. It is Zohar, the Book of the Magnificence of the Jewish tradition, that teaches us more about it. We discover in it a woman, called Lilith, pulled as Adam of the earth what made her his equal. She was given to Adam as wife. However Lilith had pleasure aspirations which did not match Adam’s conceptions. The quarrel settled down in the household and it became necessary to resort to the courts which, still according to the Zohar, agreeded on discussing it but behind closed doors. What kind of question could indeed require such a secret, such a mystery? It is the cabalistic work of the XIth century that answers this new interrogation. According to this text, the conflict between Adam and Lilith appeared when Adam tried to impose on Lilith to lie down under him during the sexual act … We think that it was the way for him to claim the position of head of the family that of course Lilith rejected, as far as she had teh same rights as Adam. The tone rising, we imagine that their story ended in a faliure and the escape of Lilith …

Zohar insists then on the weakness of Adam who demanded the return of Lilith … Of course, she refused and the word of Lilith served as metaphor to mean " unwanted people and outlawed ". She became the big cursed, symbol of the temptation, some sort of seductive magician, feminine power thwarting the established order, dangerous and hidden, but yet latent and desirable.

Going back through centuries, we come upon the big chaos of the Olympe where everybody sleeps with everybody, without distinction of sex … Only Juno remains the faithful wife of Jupiter, the absolute and incontested home and moral order’s guard. In order to satisfy his desires of conquests and quench his passions Jupiter has to take on the most improbable appearances. However, the great lovers of the zodiac are Venus and Mars. The problem is that Venus is married to the old and limping Vulcan, while Mars is a brave warrior, young, beautiful and conquering … A Tintoret’s painting mlust have inspired Feydeau for his Light comedy theater. We indeed see in it, Vulcan noticing Venus’ infidelity and, in the background of teh painting, we perceive Mars, helmeted, hidden under a table covered with a tablecloth … Moreover it is said that out of revenge Vulcan had invited all the people of Olympe to surprise both lovers, so that they would all be witnesses of his misfortune. 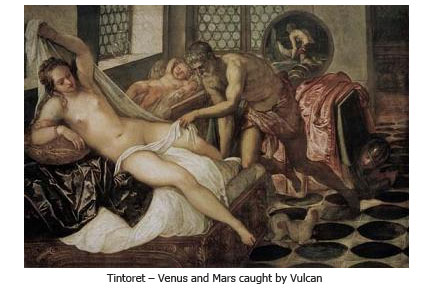 Closer of us still, it is the cinema which offers us another beautiful image of infidelity with the François Truffaut's magnificent movie " Jules and Jim ", Jeanne Moreau, gorgeous Catherine, is torn between these two old friends. But Catherine is the wife of Jules …

Sylvie Tribut has been fascinated by astrology for 25 years.

An American study points to a greater likelihood of women being unfaithful in their thirties.

Arnold Schwarzenegger had a child with his mistress!

A story that goes far beyond a mere affair…