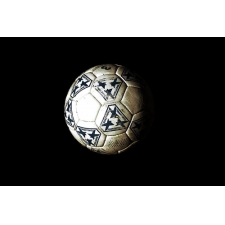 The international extramarital dating site will offer 1 million dollars to the USA soccer team if they win the FIFA world cup next month. Taking the opposite view of negative predictions about the chances of America winning the cup, Gleeden is going to support them nonstop on their way to the title.

The members of the Gleeden team in the USA are of various different nationalities, and come from all over the world. They don’t all support the same team, but everyone agrees that our host country, America, deserves our support.

Even if the US team has seen better days, Gleeden USA is convinced that the morale and the spirit of the game will make a difference during the competition. That’s why Gleeden has chosen to support the United States Soccer Federation and of course the nation’s team! The coming months are going to be heated at the Gleeden HQ!

The goal of this initiative is to show that, despite the challenge and criticism that lays ahead, the USA team can climb the ladder board and achieve glory in this prestigious competition.

A similar initiative is being launched by our Gleeden Europe rivals to support the French team, a potential challenger for the 2010 World Cup.

Daily Mail: Stranded in a foreign city by a volcano? Introducing the new extra-marital dating website that offers 'affairs for travellers'

'Meet a French femme fatale, a Moroccan princess, a British lady or an Indian Bollywood beauty,' it promises.

Do you want to stand out? Show your affection? Well, now it’s possible with a range of personal gifts, available from today!