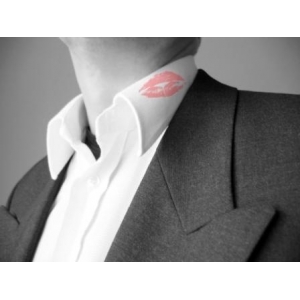 Are men who earn less than their partners more likely to cheat?

An American study conducted with 1024 men and 1559 women who were married or in a relationship for more than a year, revealed some surprising elements.

Do men that earn less than their partners seek a way to reassure themselves?

“Deceiving their partners may be a way for men to restore their sense of masculinity, which may have felt threatened by this situation,” explains Christin Munsch, a PhD candidate in the department of sociology at Cornell University, in a study presented at the annual meeting of the American association of Sociology.

The study reveals that if it is the woman who is the breadwinner in the family, she is equally susceptible to cheating on her husband. In comparison, if a woman is financially dependent on her husband or male partner, she is less likely to cheat. “The femininity of a woman is not defined by her status as breadwinner, or through her sexual conquests. Financial dependence is not a threat to women (...) Instead (...) it is more likely that, for women, financial dependence leads them to be more loyal,” explains Munsch.

According to the study, with all circumstances considered, women cheat two times less than men. Is it because women are still often financially dependent that they cannot give in to their desires? Happily, a revolution is underway. Gleeden is liberating women, and allowing them to cultivate discrete liaisons, whatever their situation!

« The praise for infidelity » by Gemma Gaetani

A book which addresses the concept of adultery from a different perspective, and which claims that the only possible, and desirable form of fidelity, is infidelity!