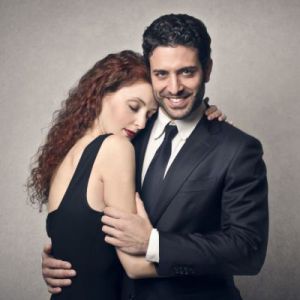 Men who are completely financially dependent on their significant other are thought to be 5 times more tempted by adultery.

The researchers who conducted this study think that having affairs helps to compensate for the emotional distress of losing one’s status as “the one putting food on the table”. According to this research, the longevity and stability of a relationship would be guaranteed by the woman earning 25% less than her husband. The narrower the gap, the more likely the man is to seek affairs.

Contrarily, however, men who earn a lot more than their spouse have an above-average chance of having a mistress, as they simply can afford it. This is not the case for women, as those who are financially dependent on their husbands are less likely to be tempted by infidelity than those who are on an equal footing. Completely dependent women seem to be 75% less likely to be tempted at all.

The researchers behind this study have some ideas on what are the reasons for which women married to “rich” men are held back from this temptation. It is possible, firstly, that they are happy with their marital role and do not see said dependence as a slight on their status. It is also perhaps more difficult for them to meet new people when in such an environment. Finally, some may be tempted but fearful of the possible repercussions.

Who will be among the 20 finalists?

A woman fulfilled is an unfaithful woman!

Infidelity is a woman, now more so than ever. The French woman really seems to have cast aside the cliché of the housewife waiting patiently for her husband to come home from the office or his impromptu “meetings” that last until late into the night.