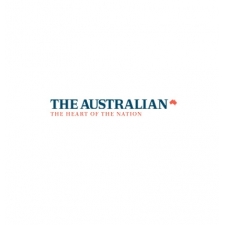 The Australian: Website to Help Cheat on the Cheaters

A dating website helping women who have been cheated on to cheat back is being launched in Australia.

The creators of Gleeden.com believe the key to happiness for victims of adultery is adultery.

The extra-marital dating website, which launched in Europe in December, claims it has tempted more than 220,000 subscribers in its first four months, with the French, and the Italians as its top followers.

It is being officially launched here this month and 1600 Australians have already registered.

Gleeden is being touted as the "women's answer to matrimonial bliss", with the service being offered to women totally free.

Males can join free of charge but have to pay to send emails and use the chat tool.

Gleeden founder Teddy Truchot said a group of women came up with the concept.

"Many women friends complain about their personal life and their marriage," Truchot said.

"Most don't want to stop the marriage but they need something new, a new parallel life, a secret garden.

Charlie Sheen’s wife “betrayed and hurt” by his infidelity.

Nothing is going to save the marriage of Charlie Sheen and his wife, Brooke Mueller. The couple had been struggling since last Christmas, and it seems the actor becoming close with the charming young escort, Angelina Tracy hasn’t helped anything.

A photo posted on May 7th has been causing a huge stir; two men holding hands. Not something which is particularly out of the ordinary, however the two men in the photo happen to be Zlatan Ibrahimović and Gerard Piqué.