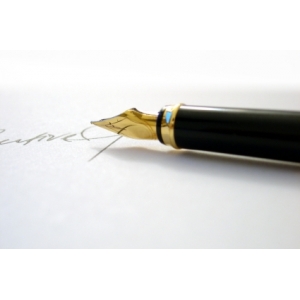 Adultery is among the major literary themes and has been for centuries. Ranging from forbidden affairs to secretive epistolary conversations, there exists a wealth of literary intrigues. Here is an overview of the French literary canon…much to Gleeden’s delight!

Infidelity has been a fascinating topic since the dawn of time. Novels singing its praises, like Laclos’s Dangerous Liaisons, Stendhal’s The Red and the Black or even Flaubert’s famous Madame Bovary, drew heavy criticism in their days from the contemporary moral guardians – the laws of the time did indeed punish the illicit love exalted by literature. What is it in this literature, then, that entices so many readers? Are these novels training grounds for their adventurous and trespassing inner lives? Perhaps their deep-seated fantasies finally come forth through those readings…By highlighting these fantasies, literature allows them to be fulfilled…virtually!

Let us consider for instance Madame Bovary, a story summed up thus by its author: “The story of a young small-town girl driven to adultery by her reveries, her insipid marriage and her boredom.” Young Emma, taken by her Romantic ideals, wishes to be swept off her feet and fully act on her emotions. She is entirely aware of the fact that her husband Charles, a dull and loquacious man, will never be able to bring her the satisfaction she dreams of. Flaubert describes topics which are still relevant today, such as the great incommunicability within the couple which though surprising, is never manifested through any arguments or open conflict. It is clear that the voraciousness instilled by this novel in many of its readers is partly explained by the secretive, exciting passion painted by the author, by the minute detail in all her sentiments, in all the moments that his heroine lives through. Flaubert too knew the sorrow of a life spent in ennui, and consequently always rejected mediocrity, spending his life seeking to live exceptionally. Hence his famous phrase, “I am Madame Bovary”.

“For men, infidelity is not fickleness”; “One is only happy with love”; “One wearies of anything, dear Angel, it is one of Nature’s laws; it is not my fault” are all taken from Choderlos de Laclos’s masterpiece: The Dangerous Liaisons. Published in 1782, the success of this epistolary novel was only matched by the scandal provoked by its content – the correspondence between a group of characters belonging to the same aristocratic milieu. The main characters are the Vicomte de Valmont and the Marquise de Merteuil, former lovers and both libertines, in the midst of their strategies for seduction.

The Devil in the Flesh by Raymond Radiguet, a novel from 1923, also provoked considerable scandal as soon as it was published. The story is that of a youth of sixteen (the narrator) who, in 1918, finds love with an older woman married to a soldier risking his life every day on the warfront. Marthe, the young, unfaithful wife, dies and leaves behind a son who turns out to be the narrator’s child. The husband Jacques, knowing nothing of his wife’s affair, will raise him as his own. A coming-of-age novel, thus, that brings us to question the consequences of an indiscretion. In writing this novel, Raymond Radiguet sought inspiration in one of the most eminent French literary models: La Princesse de Clèves, written by Madame de La Fayette and regarded as the first real French novel.

The question becomes, would a reader be as interested in these stories if the main characters hadn’t given in to temptation? The truth is that what fascinates us the most comes from the courage and freedom shown by these protagonists who decided to live a life filled with desires, urges, adventures and intense emotions. We admire them for the way in which they decided not to settle for a mediocre life and the dissatisfactions of the tedium, to want more for themselves. This imaginative world of transgression allows for complete escapes into reading, and just as many authors could see themselves in their works, many Gleedeners will relate.

Half of the surveyed men in an American study are ready to forgive their girlfriend’s indiscretion if it involves another woman. Women, however, are less likely to forgive their male partner if they cheat on them with another man, according to the University of Texas psychologists who conducted the study.

A big-chinned woman is an unfaithful woman

Psychologists have aimed to show that adult women with a prominent chin is more sexually active than those with a smaller one.